Rhode Island’s own, and reigning WBO Middleweight World Titlist 🇺🇸Demetrius “Boo Boo” Andrade (28-0-0, 17KO) was very dominant in his homecoming, putting together a masterclass, this being the sharpest performance of his career in thoroughly outpointing and outclassing top-tier contender 🇵🇱Maciej “Striczu” Sulecki (28-2-0, 11KO) through 12 rounds, securing the 2nd defense of his WBO Title. END_OF_DOCUMENT_TOKEN_TO_BE_REPLACED 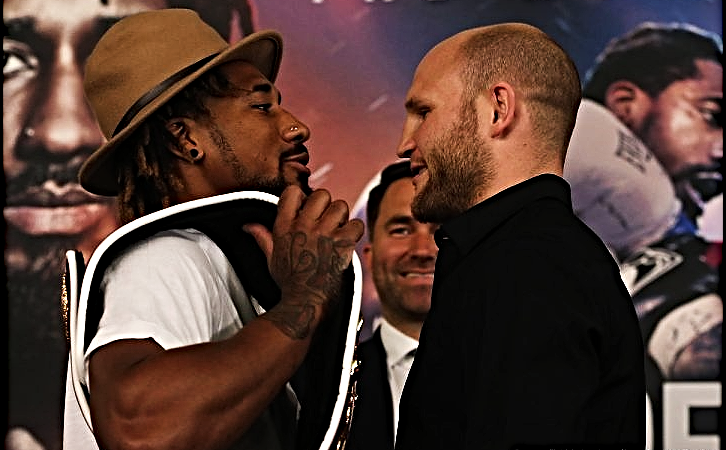 The other man that holds a belt at Middleweight, WBO Titlist 🇺🇸Demetrius “Boo Boo” Andrade (27-0-0, 17KO) will take on soundly skilled Polish fighter 🇵🇱Maciej Sulecki (28-1-0, 11KO) this Saturday on June 29th at a location in Providence, Rhode Island, USA. END_OF_DOCUMENT_TOKEN_TO_BE_REPLACED

It sounds as if Friday night’s middleweight fight between Philadelphia native Gabe Rosado (24-11-1, 14KO) and Poland’s Maciej Sulecki (27-1-0, 11KO) has an added incentive for both fighters.

Eddie Hearn has said that the winner of the fight will likely face WBO Middleweight World Champion Demetrius Andrade (27-0-0, 17KO) next.

A win would put Sulecki in the first World Title fight of his career. The only loss on his record came against Daniel Jacobs by UD in April of 2018.

For Rosado, a win would give him his third crack at a World title in the middleweight division. He fell by TKO due to cuts in his previous two opportunities against Gennady Golovkin and Peter Quillin in 2013.

I expect this one to be fun and could possibly steal the show Friday night. I will take Sulecki by decision but won’t be surprised if we get another situation where Gabe is stopped due to cuts opening up and things getting bloody in the ring.

The fight will play as the undercard to the Lightweight title bout between Tevin Farmer and Jono Carroll at the Liacouras Center in Philadelphia on DAZN at 7pm.