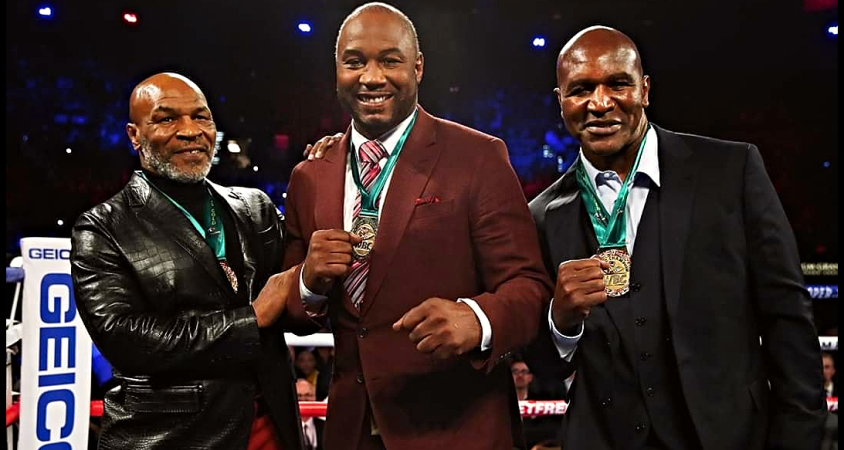 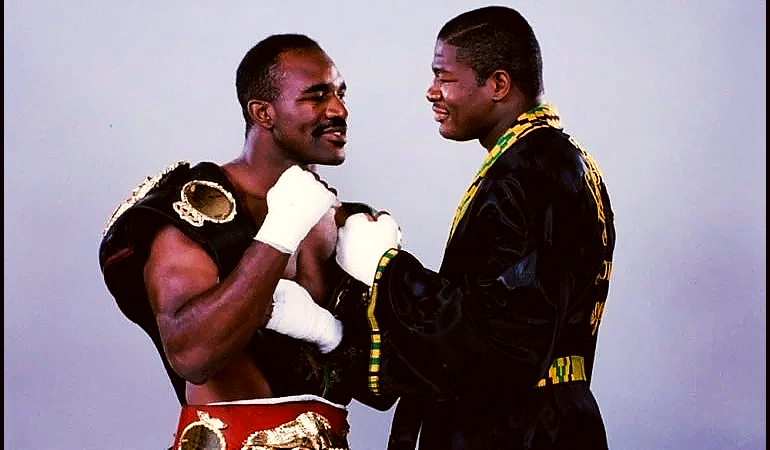 “…neither man would give ground. By the 10th round Holyfield’s jab and right hand had almost been forgotten. Instead he had taken to loading up and trying to take Bowe out with hard left hooks. But he was hunting a bear with an air rifle. And the bear had a sledgehammer.”
-Pat Putnam, Sports Illustrated As much an inspiration as he was a great boxer, ♛🥉🇺🇸Evander “Real Deal” Holyfield (44-10-2, 29KO) was a living embodiment of how much the human spirit can endure, and how you could ⚔️weaponize it as fuel towards your drive in pursuit of your goals. Holyfield had the ability to fight in all 3 ranges, inside, within the pocket, and outside. With his versatility being key to his attack, he also had a great chin, and loved the prospects of getting into a war if you took the fight to him. END_OF_DOCUMENT_TOKEN_TO_BE_REPLACED

In a way, it was awful to see. No one, no matter how much they are paid, should take that many hard blows to the head.
And no one, in any lifetime, should be asked to summon that much courage, that much heart, short of wartime combat.

But it was a war, last Saturday’s heavyweight battle between Evander Holyfield and Michael Dokes in Las Vegas.

Boxing, for all its blemishes and critics, every so often rewards its followers with something so special it makes it easier to put up with the frequent mismatches, the phony ratings and the rest of the sport’s nonsense.

As a group, boxers aren’t eloquent. Few could tell you, for example, why they possess such courage and so many of us do not.

But neither Holyfield nor Dokes needed to say a thing after they had assaulted each other for just short of 10 rounds. When Dokes finally went crashing down in the 10th, he had absolutely nothing left.

You found yourself wondering in the aftermath about the nature of courage itself–about how Dokes, 30, could display such heart inside a boxing ring and yet be so ill-equipped to handle drug addiction, which took 33 months out of his career.

The 10-round battle between Holyfield and Dokes ranks as the most exciting heavyweight bout since Larry Holmes beat Ken Norton in 1978.

After he had lost a decision and his World Boxing Council middleweight championship to Duran, Barkley said a lot about the primal appeal his sport holds on so many people when he said of the 37-year-old Duran:

“It was his heart; it just wouldn’t go.”

Special thanks to Roy Bennett of Vintage Boxing Archives