The future of women’s boxing is already here, and looks to be the Pound-4-Pound face of the sport in the near future. WBO Light-Flyweight titlist, and reigning, defending WBA Minimumweight titlist 🇺🇸Seniesa “Super Bad” Estrada (22-0-0, 9KO

) was certainly dominant, if not

) of Guatemala, for a successful first title defense of her WBA strap.

Santizo coming in undefeated, was brimming with confidence, and was adamant in trading with the Champion. Seniesa happily obliged, and they fought center ring in range the entirety of the fight. Estrada’s ring craft was in full control here, as she was sharper with her technique, and smarter with her execution, which is why she often had the upper hand in the

50/50 exchange fire. There was extra power behind the snap of the Champions punches, and she kept them coming. 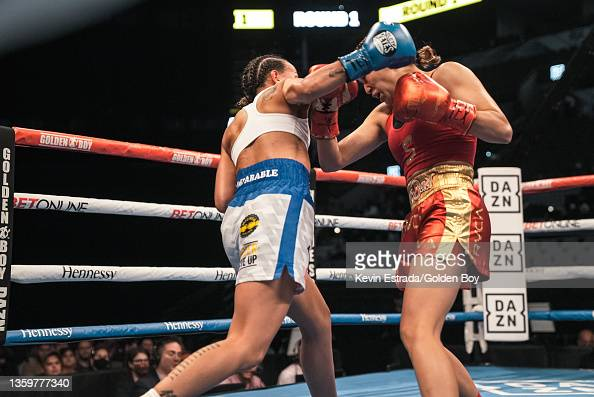 Santizo cleverly hit Seniesa with two straight right hands, which she didn’t take too kind to at all, so in immediate payback, she threw a 3-punch combination, and caught Santizo with a chopping left hook that dropped the challenger down to the mat.  Corkscrewing down, she was able to get up, but she was still hurt for the remainder of the round, and Estrada punctuated the third round with a huge left cross that brought a wobble to the legs once again.

In the beginning portions of the 4th, the pace dulled a little bit, but it picked up as time went along. You could tell Estrada was looking for a particular pattern, and was giving off various different looks in a style change. 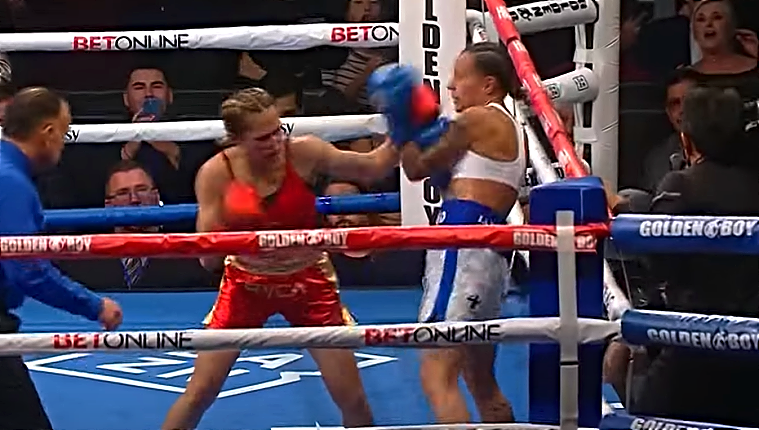 She finally found what she was looking for, as she stepped in, and landed a devastating

roundhouse right hand for the knockout victory – audibly the loudest punch of the fight. The punch immediately on contact brought a roar of ovation from the San Antonio faithful at the

AT&T Center, as they knew that the brave Guatemalan challenger was not going to get up.

Estrada, the 2-division Titlist has aspirations of reigning over three different divisions at the same time, that being

105, 108 and 112…and from what we can see, we can’t see anything standing in her way of doing so, with respect to other talented women harboring in those divisions.

Being 29 years of age, and perhaps in her prime, with skills, and power beginning to align, we are looking at a P4P mainstay in the women’s ranks, and she certainly has more more to offer, not just to the sport of boxing, but her rapidly growing fanbase.