well you got what you asked for. There were a multitude of fans that concluded pre-bout that there was no way that this fight wouldn’t be anything outside of the firefight that was expected, and all of the

boxes were checked for that distinction. It was 🇲🇽Jaime Munguia’s (38-0-0, 30KO

) relentless onslaught of variety, combination punching and a revealed mean streak that kept him ahead of the curve, against 🇺🇸Gabriel Rosado (26-14-1, 15KO

) who brought with him everything in the ring, and landed some serious leather, to the point where he split a portion of one of his gloves late in the bout.

Munguia taking it up another level was the difference maker, as he prevailed in a Fight-of-the-Year candidate, to win a Unanimous Decision rightfully on the scorecards, in what was his best outing in the 25 year old’s career.

Both in supreme physical shape, both started the fight standing their ground in middle distance, and both had the same idea of establishing their off-rhythm jabs. Munguia began to

target the body a little early with the left hook. Rosado had a bit more of a conservative, methodical approach, looking to pick and choose his spots, and working his way into the fight.

Munguia looked a little sharper of the two early, understanding that he had to be alert against the opportunistic Rosado. Munguia showcased some interesting head movement, which is certainly an improvement defensive that Head-Trainer

Erik Morales was adamant about drilling into his 25 year old young pupil as a necessary trait.

time Munguia a bit better, and used the telephone pole jab to try and not only stop his movement, but offset it all together. The more dull moments there are in the action, the better Rosado flourishes, but round 2, Munguia was bringing the heat, not allowing the veteran any real chances to take a breather and assess the situation at hand.

Rosado began to let his hands go a bit more in the third round, looking to base everything off of the jab, and trying to counter with the right hand, doing well in spots. Munguia’s combination punching and activity was still a hurdle that Rosado was looking to find ways to clear.

Round 4 harbored some serious back-and-forth action, with Rosado seeing an opportunity to fire away on the inside, ripping a wide barrage of right hands to Munguia’s left ear, throwing him into the ropes to do work. Jaime came back guns a-blazing with a feverish onslaught of nonstop mixed combinations to the head and to the body, and that is where the

firefight started, with Rosado looking to land that corkscrew right hand, and Munguia getting in some serious left hooks in between the violent skirmishes.

Certainly with the work put forth by both in the 4th round, Rosado finally commanded a little bit of respect from the younger fighter, who was looking to fight a bit more in spurts, reacting to the veterans tactics…but in the bursts of combinations that Jaime put forth, he was still finding cracks to land the left hook to the body and to the head, mixing in the uppercut periodically. Rosado though for the first time in the bout was effectively string 1-2-3 combinations together.

Munguia seemed to have a more concentrated level of attack to the body, with the left hook, and right cross to the pit of the stomach, while targeting the chest with the uppercut. Rosado landed his best punch of the fight in the 5th that seemed to momentarily stun Jaime, that started with a

counter uppercut, followed by a short, choppy right hand. Munguia quickly regained his bearings however, and pressed the action heavily. This fight was certainly meeting the expectations by the contingent of fans that believed that this would be an exciting, all-action bout.

The 6th round featuring an accidental MMA takedown as Gabe held on, while Munguia emptied the kitchen sink, looking to bust through Rosado’s defense with sheer volume and power. Safe to say that both of these men have very strong chins, and they were being tested during the 7th round, as the fights action because to start

Munguia’s youth, and fervor was the one thing that kept him in the drivers seat, seemingly jumping ahead on the cards due to the high octane level of power-punches being thrown, and landed. Rosado’s

right eye began to swell, by round 8, which was telling by the damage that Munguia had been doing with the lead hand in a multitude of ways in the mid rounds.

While Munguia did the bulk of the damage in the round, Rosado stiffened the legs of Jaime up with a powerful right hand, and once again later in the round with a left hook, as he was bulling his way forward, looking to exert physical dominance to get a leg up on the action.

Munguia’s confidence seemed to start slowly chipping away, being that Rosado was able to take his power in the ways that he had up to this point in the contest.  Rosado did a lot of peering-in during the first part of the 9th round, not throwing much of anything, and Munguia took advantage of those moments by continuing to change levels and let his hands go.

The second half of the round though, Gabe landed some blistering combinations that had Jaime stuck on the ropes, swinging away with haymakers, but for whatever reason that we can’t figure out, veteran

Referee Jack Reiss stepped in the way of the action, with a few seconds to go in the round. When the

bell finally sounded, Jack gave Rosado an earful, and Rosado didn’t take too kind to it. Apparently during that round, one of Rosado’s gloves had a split in the leather…but the action continued.

Round 10 you could see the will of both fighters taking centerstage, with Rosado now pushing forward, but Munguia still showcasing a nasty level of punishment, with a relentless motor, straightening the right hand, and short Rosado late in the stanza with a 1-2-1-2 barrage.

Rosado like only he does, found a way to throw a couple strong right hands that got Munguia’s attention, as Rosado closed the round strongly. Round 10, while Rosado landed solid some solid work, Munguia went for broke, and here is where you could really see the volume of sheer aggression bothering the veteran, as Munguia showcased a violent mean-streak that will certainly catch the eye of his other contemporaries in the Middleweight division.

blood started to violently spill out from Rosado’s battered, busted up face from the huge amount of damage that Munguia was able to inflict, who by this point had the mental edge in the ebbs-and-flow of the contest, despite dealing with an increasingly stubborn warrior in Rosado, looking to do anything to dent the youngster, but couldn’t quite find that one perfect punch to stop him in his tracks.

There is never no quit in Rosado of course if you follow his track-record, but Munguia, with a more polished attack than he had shown than at any other portion of his career, was a bit too much for the rugged warrior. They closed the show with an outstanding display of moxy, as both iron-clad fighters fought feverishly all the way up to the 12th, and

final bell of the contest.

Honda Center in Anaheim, California had a euphoric well leading up to the fights end, fully appreciative of what they had just witnessed taking place strictly in terms of the action that took place inside of the squared circle. As for the scoring portion, how would it play out?

118-110, 119-109, and 117-111, Jaime Munguia was properly awarded for his efforts (albeit scores that were a bit too wide for our taste), as this was the sharpest performance of his young career thus far, against by far his most stubborn opponent. As for Gabriel Rosado…how can you not root for this guy?

He is what current boxing needs more of, as he continues to deliver great fights, and all out effort on his end. This will fit into the thick of the “2021 Fight of the Year” candidates, however it may be penalized against the others due to the discrepancy in scoring overall.

As for Munguia, during the

post-fight interview, he stated that he was impressed at the level of punishment, and power that Rosado could take. Munguia also acknowledged that he himself continues to improve under the tutelage of Erik Morales. He stated that he will open himself up to a title fight, or a title eliminator.

Jaime ranks as the #1 WBO opponent for reigning unbeaten WBO Middleweight world titlist 🇺🇸Demetrius “Boo Boo” Andrade (30-0-0, 18KO), which seems to be the most realistic path that Munguia is to take next, and considering his performance, his prospects against the tricky Andrade will make him a very live dog for the WBO title belt.

Jaime also ranks as the #2 WBC contender, for a possible shot at WBC Middleweight titlist 🇺🇸Jermall “Hitman” Charlo (32-0-0, 22KO). It is honestly difficult to get a gauge on what Charlo really wants to do at this juncture, but if he can’t get his blockbuster fight between legend

🇰🇿Gennadiy Golovkin (IF he wins his next bout), or Undisputed Super-Middleweight Champ

🇲🇽Canelo Alvarez a division up…Jaime Munguia at this point fits into the mold of a pretty big fight to take up, if Charlo is looking strictly for suitable challenges.

Time will tell which way Jaime Munguia will go in terms of his next step, but tonight, he has continued his streak of showing rapid improvements in a multitude of areas, and he is now looking like a legitimate threat that harbors in the Middleweight division in their hierarchy. 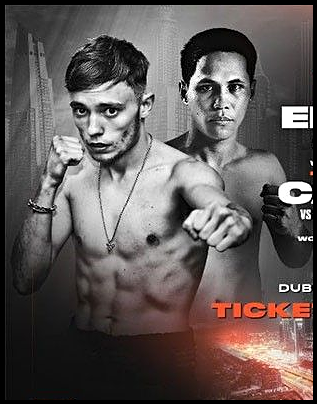