crowning a fighter upon his/her moment in awarding all of the World Title belts together will forever be a special moment within the confines of 📽️boxing history.  What if I were to propose to you that the current view of Undisputed Champion is taken out of its original context❓

QUICK LOOK INTO HISTORY, PERSPECTIVE ON WHAT IT WAS MEANT TO REPRESENT

Boxing has made constant changes over the years, and as it shifts, so do the daily operations of those in the business, in need to adapt the approach, to avoid the pitfalls of becoming obsolete.  Taking a scope all the way back to the late 1800’s, the ♚Lineal rationale was concocted, to represent “the man who beat the man”, so that true Champions were properly received as such, and it was/is a moniker that can only be lost if a fighter loses, retires, or dies in the ring.

In 1921, 📒Ring Magazine was created, and quickly became a pillar of respect within the boxing world.  They crowned singular World Champions for what was the original 8 boxing divisions, and they forged a decades long pairing with the Lineal tag, further propagating the unyielding claim, and its importance towards recognizing true World Champions.

The very idea of the Undisputed Champion became prevalent when the National Boxing Association (established in 1921) transitioned into the ⚫WBA sanctioning body in 1963, due to its blossoming worldwide appeal, and business dealings, enabling them to expand their umbrella.  There was a fracture with those in power, and formulated the 🟢WBC title in 1963, following a different business model, and operating as an independent entity.

Now naturally when you have dueling sanctioning bodies, those who were able to 🌉bridge those together would be revered as an Undisputed Champion, which was meant to mimic, and bring a call back to the days of their being a sole fighter, looked at as the legitimate World Champions over the rest of his contemporaries in the weight class in which he operates from.

It wasn’t much of a problem at all in most cases to get the WBA and WBC titleholders together to battle it out for supremacy, given that there is no place for fighters to hide among the top, being that the 🎯bullseye immediately formed on those prizefighters, who acquired the 2 separate titles to formally loom atop the division.

WHERE THE WATERS BEGAN TO MUDDY

Now…fast forward to 1983, where the United States Boxing Association (USBA) regional sanctioning body was formed.  Their President 🕴🏽Robert W. “Bobby” Lee Sr. put in a personal bid to become the new president for the WBA, but we was beat out by 🕴🏽Gilberto Mendoza, who served as the President from 1983, all the way up to his death in 2015  It was there that Bobby Lee took matters into his own hands to form the sanctioning body that we know today as the 🔴IBF.

It seems it was at this point that things became a bit more difficult in hashing out the top order of divisions, and getting fighters to fight, and buy into the RING/LINEAL standard that was established due to there being a 3rd sanctioning body for a fighter to theoretically hide behind if they were malicious in their intent regarding how they wanted to conduct their business…but even with that being a concern, there were droves of fighters during those days that still wanted to face each other for the sake of being deemed as the best.

Now as the years have gone on…politics, spin, and corporate greed began to interrupt the natural flow of the sport, and fully intertwined itself with the daily rollout of high-end prizefighting, and through the 1995 – 2010 elapsed time period, we’ve seen a gradual shift in not only how a boxer was moved & managed, but also a difference in how they sounded regarding the prospects of facing potential threats, indicating a level of media training cast into place by their Promoters, for them to stretch out their buck as far as possible.

Now, with the 🟤WBO sanctioning body becoming relevant and gaining some traction in the late 90’s, and snowballing into being universally recognized as one of the four alphabet title standards in which we go by today…greed, and partisan politicking has 🚀skyrocketed from 2010 up till now given that more options available have amplified the con game that has become the norm in the current era of boxing and a couple handful of the sports elite talent who are deemed as top draws.

It is only getting worse as time goes along, and considering that even with widespread backlash regarding their moves (promoters, managers, and fighters alike), they are nearly immune to penalty, or punishment for their transgressions, as there is no hierarchy to check them of their actions. 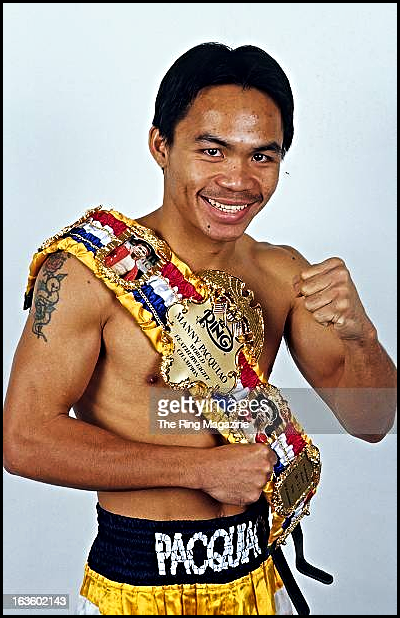 Now…what does this all have to do with the main point of emphasis in this article❓  Let’s fully keep in mind what Lineal distinction fully embodies (whether it’s by TBRB, Ring-Magazine, or Cyber Boxing Zone).  No matter how many alphabet sanctioning bodies are out there, they will never share the same plateau of relevance as a Lineal World Champion, thus when one is officially put in place, then because of that said reasoning, a Lineal World Champion should be looked at by the masses as an Undisputed World Champion, because there is no dispute towards their stature whatsoever in terms of the pecking order of its relevance against the 4 sanctioning bodies, as they are regarded as being on a higher floor (using a building reference) than the alphabet sanctioning bodies, that share a floor a level below.

Now, in comes Super-Middleweight top dog Canelo Alvarez.  His next bout on Saturday will be for the Undisputed Championship of the world, with the

RING, WBA, WBC, WBO, IBF titles all on the line for the winner.  Considering that his opponent 🇺🇸Caleb Plant has possession of the IBF title, Canelo hasn’t received the broad distinction yet of being the divisions singular Champion by the masses…which is the narrative that we are ultimately challenging here.

Let’s go back to recent memory.  There was a World Boxing Super Series (WBSS) tournament, where all of the top Super-Middleweights in the world were invited to compete in an 8-man bracket, to see who would reign supreme.  Yes there were a couple of elite talents who opted not to partake in the tournament, but because they turned down the opportunity, they were refreshingly, and rightfully eliminated from the frey, as those 8 participating fighters would only be in line to win the vacant Ring-Magazine belt, and for the winner to also hoist the trophy as the divisions new standard-bearer.

It all worked out according to plan, and it was 🇬🇧Callum Smith who emerged from the dust, as Ring-Magazine Super-Middleweight World Champion.  Now after a well chronicled Middleweight saga, and a brief stint at Light-Heavyweight, Canelo Alvarez immediately went after a Smith fight, which he dominated in the manner of busting Callum’s lead arm, which is what he does the bulk of his damage with. 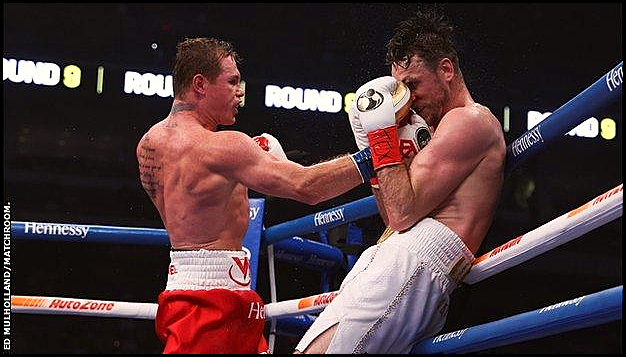 From that point forth, Canelo’s stature in the division should be one that was cemented as the man being hunted, to where alphabet titlists claims would have to take a backseat to Canelo’s standing, which is where the dispute regarding who is the Champion should have already been nullified, as there isn’t any to go by.  We need to stop treating these alphabet sanctioning bodies in a manner where we view them as more important than what they truly are, as it completely unlocks the 🚪door for those in power willing to trick the masses into falling for their ulterior motives regarding stature and image, as they are fully  in the grift that they are pulling on the public.

As an analogy, picture the workplace💭…where you could have 4 Supervisors on the floor, overseeing their departments – that would be the WBA, WBC, WBO, IBF.  Now, the Lineal (and/or) the Ring World Champion would be represented by the 🤵MANAGER who oversees the Supervisors on the floor, and monitors their ability to lead in their capacity.  In this scenario, there is literally no dispute as to whom is in charge of this operation, considering that the Supervisors (and the sanctioning bodies) operate under the ☂️umbrella of the higher rank…which is why we need to begin to view Lineal/Ring Champions as Undisputed Champions due to there being no legitimate dispute to speak of – especially in cases where they are recognized by both TBRB and RING publications.