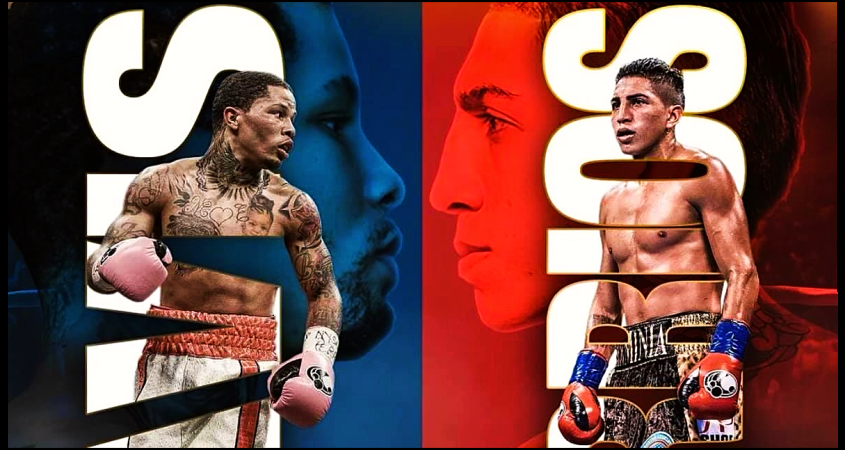 There are only a few fighters in boxing currently as explosive as current WBA Super-Featherweight Titlist 🇺🇸Gervonta “Tank” Davis (24-0-0, 23KO👊). The destruction that he is able to cause was perfectly reflected last year through his scintillating one punch knockout over iron-chinned long time world titlist 🇲🇽Leo Santa Cruz by way of uppercut. There is a narrative out there that the majority of his fights however in the 26 year old’s career have been against smaller opposition that moved up for the opportunity, and were long in the tooth – truthfully, it is an accurate assessment.

With that being said, Gervonta has heard this become a point of emphasis in the boxing public, so he has decided to do something in order to shift that narrative. They say his opponents for the most part are old and small, so Tank has moved up to ⚖️140 lbs., to take on 26 year old unbeaten #7 world ranked Ring-Magazine Junior-Welterweight challenger 🇺🇸Mario Barrios (26-0-0, 17KO👊). Nicknamed “El Azteca”, he possesses a good deal of skill, and doesn’t get the recognition he deserves as a quality fighter, due to not getting any high profile fighters to fight him. He now has what he’s been looking for, as Davis is ranked very high in the ranks.

THE COLD HARD FACTS – There will be an attempt at a flim-flam at some point to skew the narrative if Davis in fact wins this fight. There will be people on his promotional side of the bill that will claim that Tank currently holds 3 world titles in 3 different divisions, in an attempt to bridge his name together with legendary Hall-of Famer

🇺🇸Henry Armstrong, but there are two things wrong with that notion altogether.

For one, Davis only holds a title at Super-Featherweight. He currently holds a (secondary) WBA Lightweight title, which doesn’t count in the overall scheme of the picture, and Barrios holds the secondary title at ⚖️140 lbs., with the same notion. If Davis wins it, he will still hold a major title in 1 division.

Secondly, Armstrong was able to achieve his feat by holding three LINEAL World Titles at the same time in differing weights, while Davis hasn’t won one of those yet to start that 🧩particular puzzle up just for clarity, and reality of the situation if you begin to hear that circulate around.

Back to the Tank/Barrios fight, both boxers are young, undefeated, and looking to get a leg up on their competitors. Tank is on the verge of becoming a crossover star in the pantheon of cash cows, while Barrios’s chief motivation is to get respect from the public, and recognition for what he brings to the table. Who will pull it off? you can buy this card on 💲📺Showtime PPV. The co-main event is perhaps better than the main event itself (more on that at another time), which brings extra for the value of the buck. The fight will be on June 26th, at the 🏟️State Farm Arena in Atlanta, Georgia.