The old guard has been overtaken by the young pup! and the 25 year old 🏴󠁧󠁢󠁥󠁮󠁧󠁿Sunny Edwards (16-0-0, 4KO

) to become the brand new IBF Flyweight Champion of the World. Producing the performance of his life, he showed his respects to the great South-African fighter, who now at the age of 38, will have to figure out what he wants to do going forward.

HOW IT PLAYED OUT THROUGH TWELVE

Sunny used a lot of quick, jitterbug movement to start the contest off, constantly using lateral quickness, n pop-shotting off the backfoot, looking to keep the older, more stationary Mthalane at bay. Moruti’s focus was in cutting the ring off (in the first couple of rounds), and applying the mental pressure on Sunny by constantly staying on top of his unpredictable movements.

The question we had early on was, how long would Edwards be able to keep up that rapid pace of movement, and could he go the full 12, doing so unscathed

In the mean time, it is notable that Sunny tacked on a lot of points in the first couple of rounds to easily have them tallied up in his favor doing what he was doing.

Mthalane had a couple good moments in the third, doubling up on the left hook to get the second one in, but from the scoring aspect, Sunny was still well in control. Mthalane found himself getting in trouble due to his feet being too slow to adjust to Sunny’s shiftiness. 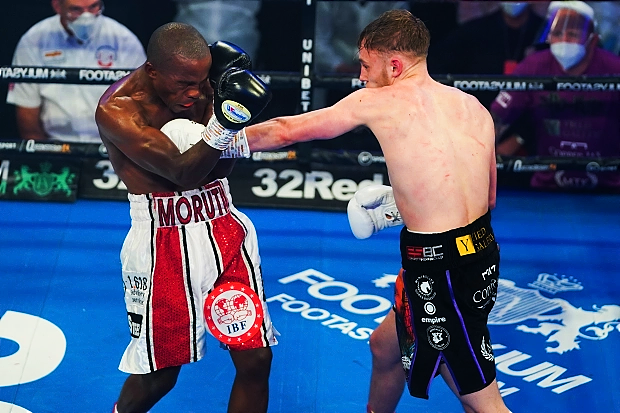 Moruti’s postured his way closer and closer into his desired range in the 4th, getting in Sunny’s

kitchen to control his movements more, but he didn’t connect enough, as Sunny continued to turn him, stick him on the turn, and force him to constantly reset.

Increasingly, Mthalane had a difficult time cutting the ring off, and as that was the one way he can get his footing in the fight, not being able to do so meant that he was in trouble after getting blanked out in the first half of the fight.

Mthalane had a MUCH better 7th round, as his bodywork finally started to pay off, as it forced Sunny to stand more flat-footed due to the impact, and get periodically trapped on the ropes, which helped Moruti’s accuracy, and success rate to

increase in the round.

Edwards reasserted himself in the following stanza, getting back on his bicycle (not in a negative sense), and forcing the then-Champion to chase him. Much of the same took place in the next couple of rounds. With desperation in the air, the 11th round featured an extra aggressive Mthalane, but his well ran dry in terms of success, and refused to cut the ring off, following a never stationary Edwards, who had him off-balanced down the last leg of the fight.

Sunny danced his way all the way until the 12th, and

final bell, and immediately knew, as did his corner (and everyone else that watched) that he pulled off the upset, and joined his brother 🏴󠁧󠁢󠁥󠁮󠁧󠁿Charlie Edwards in the record books in hoisting a Flyweight world title. As for Sunny, he had to defeat somebody elite in order to get it, and this will be a lasting moment for what is his first world title earned. 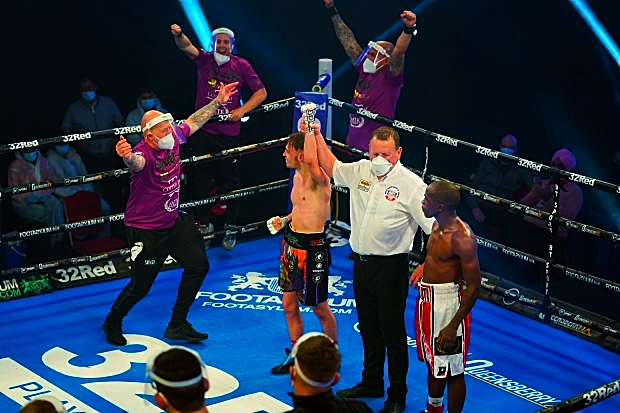 With this performance, Edwards will instantly rank as one of the top-2 ranked RING-MAGAZINE Flyweights in the world, alongside WBC Titlist 🇲🇽Julio Cesar Martinez, as Sunny put together a masterclass performance, that Martinez has been accustomed to putting out. Fair play to Sunny in adding himself into the growing notability of the Edwards family, and shaking up the Flyweight division. 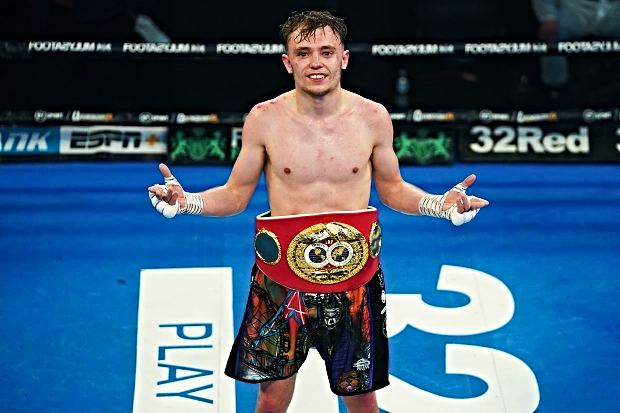 🇿🇦Moruti Mthalane throughout his entire career had gone without the adulation that he deserved, and I hope in defeat, people take a look back at what he has done in his career, and appreciate what he has been able to do. He’s a very quiet guy, and there’s been little

flash to his career, but if you take a look at what he has done, and the caliber of fighters he has beaten, his Championship reign has been packed with plenty of substance, and should be noted, and also, shouldn’t be forgotten. Will he keep going? or will he retire?