A strong PBC main event it was on Showtime Championship Boxing, as 🇺🇸Stephen Fulton Jr. (19-0-0, 8KO👊) fought his way to a hard earned victory over 🇺🇸Angelo Leo (20-1-0, 9KO👊), taking the burgundy WBO Super-Bantamweight Title, and further proving his stature in an already talent-laden division that promises a lot of action to manifest.

The first round featured some intense action, with both firing in closed quarters.  As expected, Fulton Jr. showcased his vastly superior handspeed, getting to the target easier, but the title holder Leo held his own early.  Fulton’s continuously peppered Leo with the jab, which noticeably bothered him.

Before the opening round ended, a cut was opened over Leo’s 👁️left eye, as a result of an accidental headbutt.  The action that was expected in this fight was certainly being delivered, as they stubbornly held their ground in closed quarters, and wailed away with a vast variety of power shots.

Fulton began to fight more intelligently in the 3rd by bouncing outside, and utilizing his reach and speed advantage, staying behind the stick jab, getting the best of Angelo, but being a tough guy, Leo kept himself in this fight by way of attrition.

Leo in the 4th round landed a strong left hook to the pit of the stomach that slowed down Fulton’s workrate a little bit, feeling the effects of the punch.  As Leo opened up, Fulton raked him with a uppercut by the ropes….but Leo came back with some power of his own, and wobbled Fulton momentarily towards the backend of the stanza.

By the 5th round, Fulton was sucked back into the fray of a fire-fight on the inside as Leo began to nullify the advantages that the Philadelphia fighter had over him.  Hall of Fame Showtime 🎙️Broadcaster Al Bernstein made a solid call on the action of this fight, harkening back to the legendary first scrap between 🇺🇸Diego Corrales vs 🇲🇽Jose Luis Castillo, as this fight shared some of similar style dynamics in terms of the rangier guy electing to fight on the inside, the smaller fighter bringing hell inside, and producing high octane action.

A bevy of body shots from both men were thrown, and landed at a feverish pace, with both boxers having the same idea in how to attack each other.  As the war continued to ensue, the fight took on the tone of who could outduel the other in the will department, as their skills were pushed back as a secondary narrative, as both wanted to take command.

The first true moment of separation in action started to show in the early stages of the 8th round, forcing Leo to get a little gunshy after a couple of ⌚well timed check left-hooks got his attention.  Fulton started to throw his weight on the inside, pinning Leo on the ropes and delivering to him a steady diet of uppercuts.

Leo came out more invigorated in the 9th round, with an extra pep in his step, looking to do what he can to snatch back momentum of the fight.  Fulton showcased some impressive grappling skills on the inside, which was instrumental in slowing down the 2-dimensional attack of Angelo.

With Leo understanding that with him falling behind on the points, and needing a knockout, he pressured forward more aggressively in the 11th round, but Fulton stuck behind the jab more, maintaining some sense of distance to make it tough for Chinito to get in his desired range.

Fulton continued to box smart for the most part, picking at Leo outside, and smothering him whenever Angelo would slip to the inside.  An excellent fight would reach its conclusion by getting to the 12th round 🛎️final bell, and both boxers represented themselves well in this contest.

In terms of the verdict, there were no surprises, although the scores were a little wide.  Stephen Fulton Jr. by 📝Unanimous Decision became the new WBO Super-Bantamweight Titlist, and with his performance, loudly introduced himself to the divisions hierarchy of established ranked talent.  Leo was disappointed given the way his night went, but he had nothing to hang his head over, as he fought with the heart of a Champ. 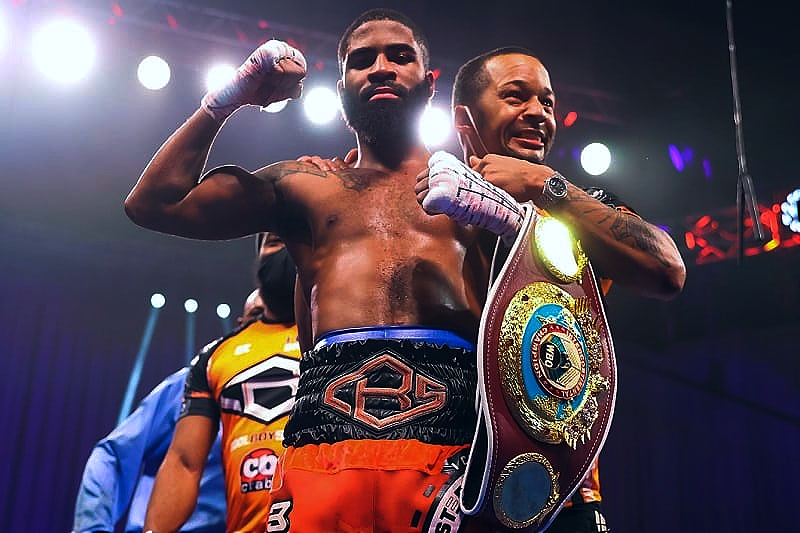