When Ryan Garcia was coming up, there was a near universal sense from the boxing world, that the 🛒apple cart was being put in front of the 🐎horse, as his skills weren’t reflective to the level of attention he was getting, and him appearing to spend more time cultivating that than his actual craft.

Now since signing up with now Head-Trainer 🥋Eddy Reynoso and his team, also being taken underneath the wing by the great

Canelo Alvarez as a big bro/lil bro connection, Garcia has dedicated his training ten-fold, and has rapidly learned at an accelerated rate, and his improvement has been a ☄️meteoric one, to now people wonder what the 22 year old’s ceiling will be under this Golden Boy regime.

Since Reynoso has been in his ear, Ryan Garcia has secured 4 stoppages in a row, but the level of his improvement isn’t reflective in the numbers, it is in the performances themselves with the revamped techniques that has been on showcase.

A match-up that was anticipated for months against solid Filipino contender 🇵🇭Romero Duno was over in just the first round.  Having perhaps the fastest hands in boxing right now, Garcia overwhelmed him with his speed, and timing, and put him away within the first minutes in an impressive display.

Next up, Garcia fared off against rugged 🇳🇮Francisco Fonseca, who possesses a good chin, and only been knocked out once, against 🇺🇸Gervonta “Tank” Davis in the 7th round of their encounter.  Garcia only needed about a minute to do the same, as he jack-knifed Fonseca with a nasty check-left hook that had him knocked out before he dropped straight on his back, with his eyes somewhere drifting off in orbit.

What further put Garcia in good graces with the masses was his genuine concern over Fonseca’s health, when he looked like he was really in trouble with his condition at the time – fortunately, Fonseca made it out of that ordeal okay. 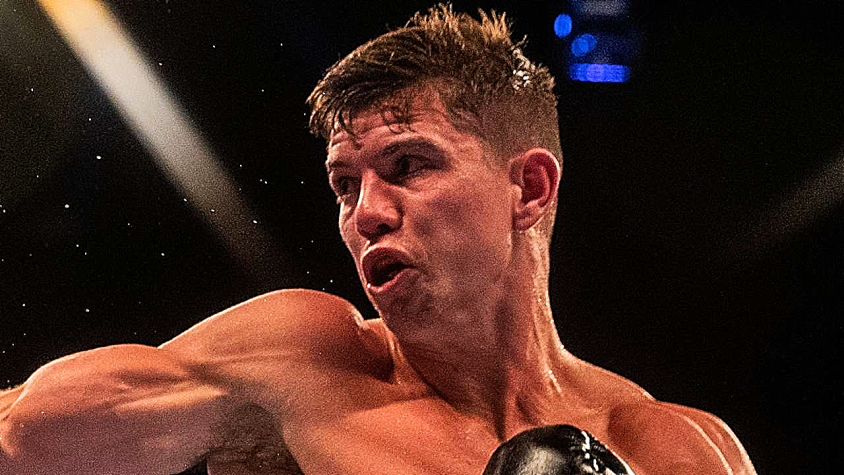 Luke Campbell has had an interesting ride so far, many good, not much bad, except for a slip up earlier in his career when he was on the ascent.  Winning

Gold in the 2012 London Olympics, he became a hero for Yorkshire, and all of England.  While the anticipation at pro level was high, he found himself in the thick of things with the strongest crop of Champions around barricading the 🚪doors to his world title successes.

He turned pro at 25, and seemed to go through the motions.  He ran into French pugilist 🇫🇷Yvan Mendy, who scored a split-decision upset over Campbell in 2015, which stunted his rapid rise up the ranks.  It was there that Campbell decided he would not provide another dud of a performance, dedicating himself towards pulling out the best version of himself.

FACING THE BEST LIGHTWEIGHT’S AT THEIR PEAK, AND HAVING NEW GUIDANCE

Campbell worked himself back up the ranks in a professional manner.  He defeated former Titlist 🇩🇴Argenis Mendez, and dominated 🇨🇴Darleys Perez to put him at the front of the line for a shot at the title.  He fought reigning Ring Lightweight World Champion

🇻🇪Jorge “El Nino de Oro” Linares, who was at the peak of his powers in his long, drawn-out career.

Campbell seemed overwhelmed at first, being knocked down in the 2nd round, but he got back up, and by the 4th round, he was well within the thick of the action.  The fight was a close one after 12, but the early work of Linares, and the knockdown was the difference in the scoring, as Linares picked up another title defense, and Campbell would drop his second fight.

Campbell had no reason to drop his head, given his personal performance, and it coming against someone who was either at the bottom of everyone’s top-10 P4P lists, or harboring close to it.  After this fight, in came now Head-Trainer 🥋Shane McGuigan, and him entering the picture has undoubtedly been the best thing that has happened in Campbell’s career.

His improvement under the pairing has taken him to the next level, to where if this version of Campbell fought Linares, he would’ve won the title.  Campbell got a chance to reverse his early loss to

Yvan Mendy, and he did more than that, he dominated him to where no third fight was needed.

As ready as ever, he would fight for 4 out of the 5 Lightweight World Titles, as he faced RING Lightweight Champion of the World

Vasiliy “Loma” Lomachenko, who was widely regarded as the P4P best in the world, and fully healed up from his injuries that he suffered a couple of fights back.

Campbell authored up the 🔝greatest personal performance of his professional career here, and fought to a level where many felt that if he fought any other Lightweight on that night, that he would have emerged as the victor, but Loma, given his supreme skill and pedigree, cruised to a wide UD victory, despite being tested on a few occasions by the Brit.

Campbell’s performance in his loss superseded any victory he had thus far, and had people anticipating what was next for Luke.  Well here we will get to see, and he didn’t take up a softball opportunity, as Ryan Garcia appears to be one of the crop of young fighters that hold the 🔑key to boxing’s future.

Campbell is 33, and Garcia is 22, so they are at differing points in their career, but both are at harboring around a similar level.  This will be for the 🟢“Interim” WBC Lightweight Title, which of course puts them in position for either a shot against their Champion, or elevates them if a vacancy becomes open.