Roberto Duran (72-1-0, 56KO) met for their worldly anticipated rematch that took place at the Superdome in

New Orleans, Louisiana. A few months prior, “Manos De Piedra” and the “Sugar Man” engaged in a firefight that was dubbed “the Brawl in Montreal” and it lived up to its moniker. Duran had fought the fight of his life, and Leonard, while he did very well and fought Duran competitively, came in with the wrong game plan for that particular contest.

What was Ray’s wrongdoing in that fight was a ultimately a strategic one, with him failing to see where his advantages were and looking to fight Duran’s type of fight, which was one fought in closed quarters and exchanging blows with the heavy-fisted Duran.  Duran won the mental game and took his advantages away by funneling in to playing the macho game.  After learning his lesson, Leonard came into the rematch with a far clearer disposition, and knew that he had to be the boss in dictating the type of action that was to take place. 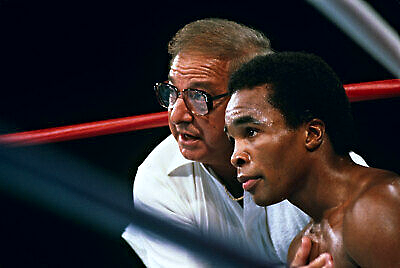 For the re-match to come, Ray Leonard and legendary Head-Trainer

Angelo Dundee was dead-set on figuring out and in pinpointing where Duran’s weak points were, and how they could use that against him.  What they collectively came up with were a few key integral ideas that they could take heavy advantage of.  What they concluded on is that Duran would be bothered with Ray using much more lateral movement.

As the results produced, Mr. Dundee was correct.  Adding on to that, Ray’s countering ability bothered him, and stepping out with Duran’s step in had Robert in no-man’s land.  The distance established forced Duran to constantly re-shuffle his foot positioning to get his shots off, which was the third line of frustration implemented by Ray during the bout that took place throughout the latter portion of the contest.

The final leg of Duran’s frustration was with Ray playing with his ego, early on by frustrating him a bit with his

footwork, sticking his chin up, and winding up for phantom bolo punch, with Duran motioning Ray to stand still and trade like how he did in the first fight, but to no avail as Ray did what he wanted to do, dictating his own terms with superior ring generalship.

The taunting grew to a feverish pitch from Ray Leonard in the 7th round, to the dismay of Commentator

Howard Cosell, who failed to see what Ray was doing to Hands of Stone during the time which it was happening, constantly lambasting Ray for what he believed was baseless showboating. 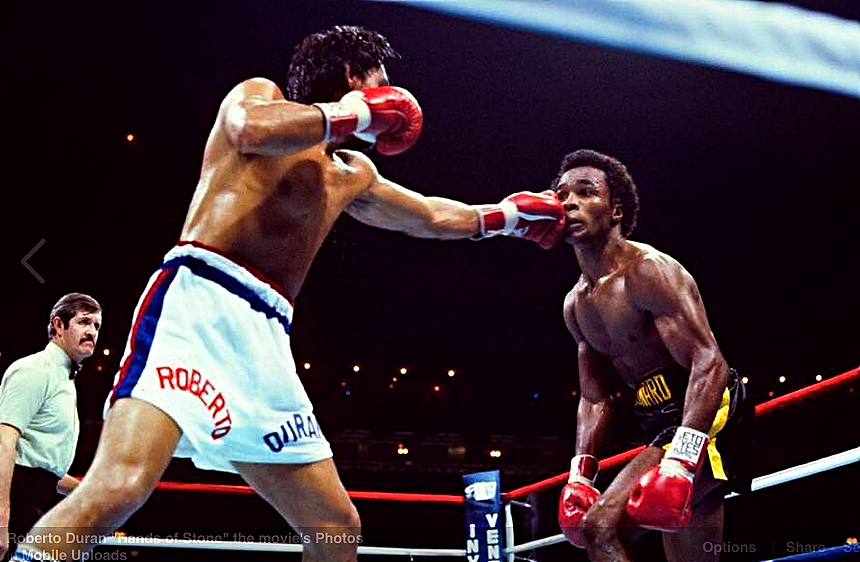 As the taunts continued, Roberto Duran was losing his vigor, and started to go through the motions – that is until he inexplicably turned his back at the end of the 8th round and waived Leonard off,

spawning confusion from the Ref, the crowd and announcers. Ray jumped in to land a couple body shots with Duran’s back turned to him, but Referee Octavio Meyran got in the way, and once again, Duran waived his hand as a symbol of a

white flag in resignation, walking away.

To the shock of all those in attendance, Duran had Quit

and Leonard ran to the corner to jump up on the turnbuckle in jubilant celebration as he just beat the feared legend Duran and giving him his first loss (in a Title fight), to win his WBC and RING Welterweight Titles back.  Roberto Duran had to carry that shame on his shoulders, and although he redeemed himself with a few legendary performances after that, this one night stands as a permanent stain in the minds of many.