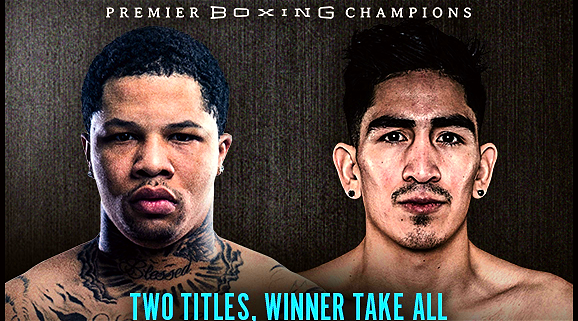 ANSWERING OUTSIDE CALLS TO BE GREAT

Leo Santa Cruz is no stranger to Title fights, being that he is a 14 year veteran who on October 31st will enter into the 17th title fight of his professional career.  A winner of titles in 4 different divisions, he now stares up at what will be undoubtedly the most difficult task and opponent of his career, who lives up to his nickname as a fearsome foe.

His last fight was a step up in weight from Featherweight, where he fought 🇲🇽🇺🇸Miguel Flores for the vacant WBA strap.  Flores fought well, but Santa Cruz class took over the second half portion of the fight, and he won the title comfortably in a decision, and became boxing’s sole simultaneous 2-division Champion at that time, as well as in current time.

Despite this, people have over time grown frustrated over Santa Cruz not honoring rival 🇬🇧Carl “Jackal” Frampton, and his promise to give him a 3rd rubber match in Glasgow to settle their rivalry, and in Santa Cruz somehow never securing a match with fellow Featherweight standout 🇺🇸Gary Russell Jr. for as long as they have both been holding alphabet titles.

Considering that Davis is about as dangerous a match that is out there for Leo Santa Cruz to legitimately take on, at a weight that is not his natural place to be, taking this fight lets him off the hook with most of the narratives that were (accurately) attached to him in the last couple of years.

Tank has ran the full gambit of coverage as a professional already at the age of 25, whether it be from electric performances, weight concerns, his extraordinary two-fisted power, criticisms of attitude and domestic disputes made public, and while all those have to be accurately noted, one  thing is for sure, and that is he can damn well fight. As naturally talented as nearly any boxer at or under the age of 25 today, he entered in the title picture early in his career when he knocked out 🇵🇷Jose Pedraza with a violent right hook in 2017.

Since then, Gervonta has put up blistering performances, however against lesser competition in divisions that were highly saturated with top-talent, so a part of his narrative became rooted in frustration with him not having the challenge-first mentality and mindset, being that once you enter the title 🖼️picture, the protection cloak is supposed to come off, as you have an obligation to take on necessary assignments once you earn the hardware as a titlist.

Although Leo is light as the guy moving up, he certainly has the type of skills pedigree to support his stance as a very good fighter, so that means that should also help Davis plight as well, being that he is now facing someone of high note, and in many ways, we will get to see what he is made of presuming there will be some pushback from his opponent, and a chance for Davis  to change the overall discussion of his stardom. 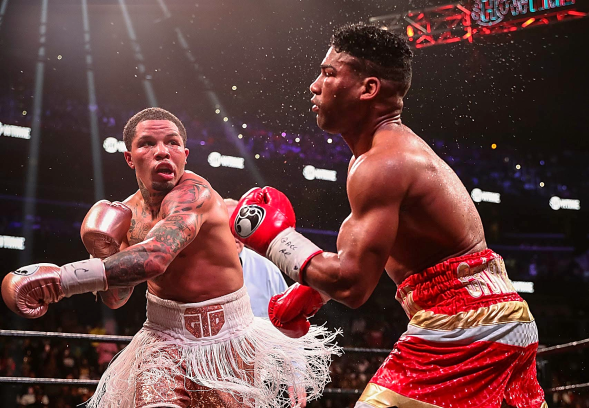 Davis last fight came against 🥇🇨🇺Yuriorkis Gamboa, however with Gamboa suffering an achilles injury, it took some of the starch out of that match-up, but it also raised a few eyebrows as Tank struggled in some stretches late against an aged, hobbled fighter.  Gervonta got the job done, and it got him to this point, so he, just like Santa Cruz, one will have a signature victory under his belt after Saturday, granted we don’t receive a draw verdict in a decision.  This will be on 💲📺Showtime Pay-Per-View on Halloween night, tune in for the showdown. 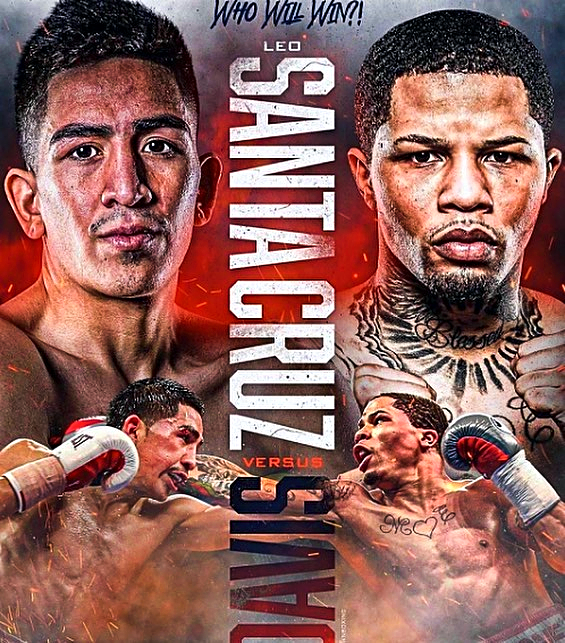