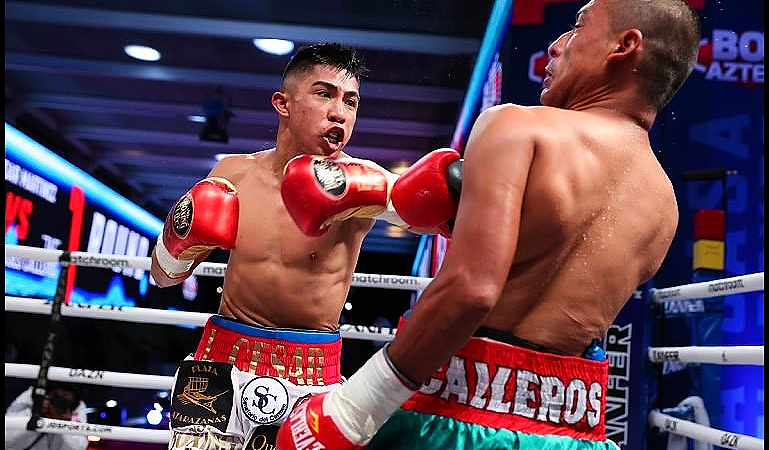 ) made it look easy, delivering an explosive, professional performance to take out rugged veteran replacement opponent

) by way of technical knockout to start the main portion of the Mexico City DAZN fight card.

Martinez after surveying his opponent in the first minute came out guns-blazing, shook and dropped Calleros with a nasty hook, cross, hook combination, dropping the replacement opponent to a knee.  Calleros got up, but “El Rey” kept a measured approach and stalked his prey like a cat, only pouncing whenever the openings presented itself.  With minimal defense up top from his overmatched opponent, Martinez landed virtually every hook and uppercut he threw as they came fast, and in bunches.

Martinez opened up a bit more in the second round once he realized he had full control of his opponent, forcing Calleros to retreat more-so circling on the backfoot.  Martinez found home repeatedly with his best punch, the left hook, both to the head and the body.  Calleros showcased good punch resistance, but when an 🪓axeman hits a 🌳tree 1000 times, the tree falls.  Martinez late in the second round hurt Calleros badly with a cross, then pounced on his prey, pummeling him until Referee 🕴️Cesar Castanon stepped in to save the over matched replacement opponent from continued punishment. 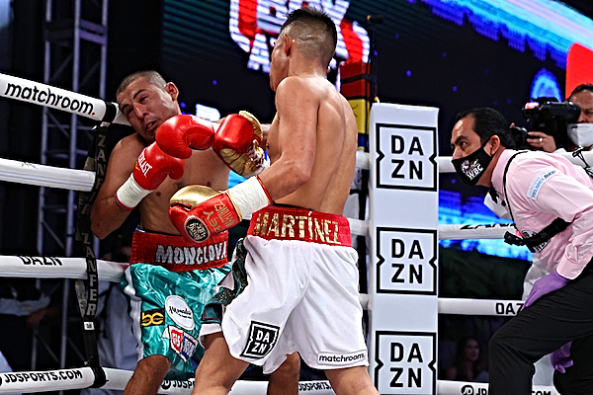 Being that Moises Calleros showed up a ridiculous 5½ lbs. overweight, this was rendered as a non-title fight, so this won’t go down as a title defense for Martinez, but man did he re-establish the level of threat that he is at this present moment at Flyweight as its WBC Flyweight Titlist, and soon to be at Super-Flyweight, as he wants to soon target the big marketable names, that carries the highest of critical acclaim. 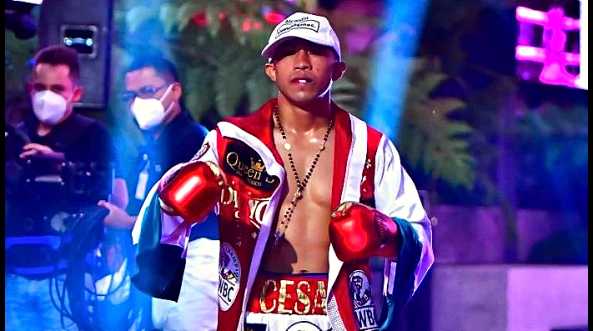