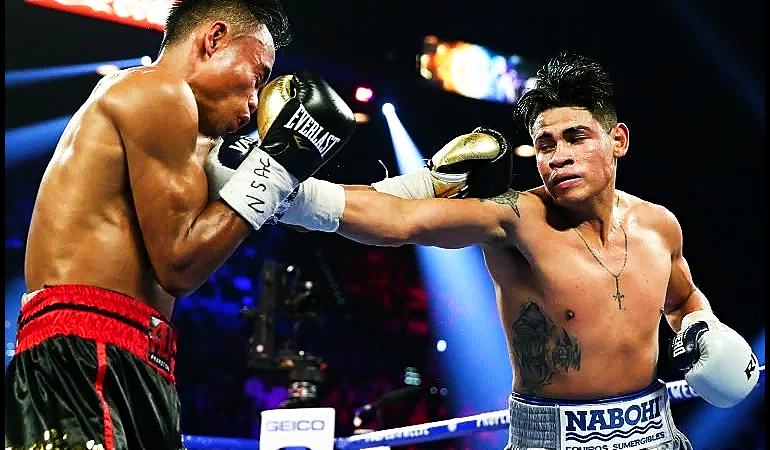 In his usual style Navarrete started a but slow but cranked the pressure up, wearing Filipino 🇵🇭Jeo Santisima (19-3-0, 16KO) down round after round. Santisima was a willing combatant, coming forward and landing right hands at times, but he simply did not have the ability to withstand the constant onslaught Navarrete brought, eventually succumbing to a one sided beating in the eleventh round.

The outcome is no surprise, and for the past nine months and previous four title defenses, there hasn’t been much mystery about how Navarrete’s fights will play out as Santisima was yet another huge underdog coming in. While Navarrete has stayed plenty active and is a fan friendly action fighter, the desire for 2020 was to see him in tough against another Champion of the division for a unification bout.

The rumblings are that this fight very well may have been Navarrete’s last at Super-Bantamweight, and depending on when the right hand injury he suffered in this fight heals up, he will now make the move up to Featherweight. With stablemates Shakur Stevenson (WBO champion) and Michael Conlan (WBO #1 contender) atop the Featherweight ranks, there are plenty of strong potential matchups for him there, but it’s hard not to feel a let down from never getting matchups between him and Rey Vargas (122 WBC Champion) , or new 122 WBA/IBF Champion Murodjon Akhmadaliev.