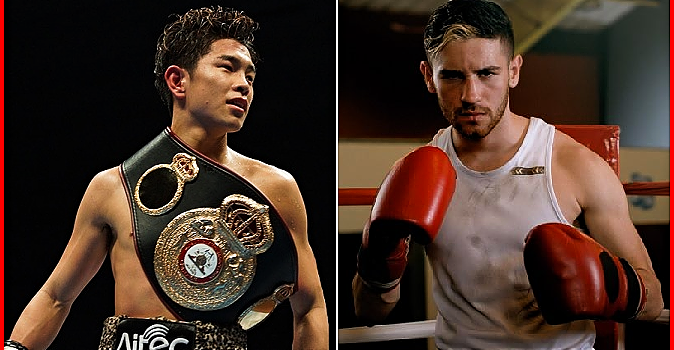 With Japan routinely taking over the spotlight towards the end of the calendar year, there’s no better way than to officially cap off the 2010-2019 decade than to have 2 of the 3 best fighters from Japan both co-headlining bouts on December 31st. The focus on this one will be 4-division Champion and current WBO Super-Flyweight Titlist 🇯🇵Kazuto Ioka (24-2-0, 14KO👊). He will be facing off against undefeated WBO mandatory #1 🇵🇷Jeyvier “El Perrito” Cintron (11-0-0, 5KO👊) of Puerto Rico. This strong card will take place at the 🏟️OTA-City General Gymnasium in Tokyo, Japan.

December 31st🗓️ is a customary date that Kazuto Ioka routinely fights on, as he has made it a tradition over the last few years dating back to 2011 (with the exception of 2017 when he temporarily walked away from the sport) to celebrate Bank Holiday where the public in Japan gets a day off, to where it logically maximizes the watcher-turnout for his fights, a smart use of promotion for his events. The 30 year old (perhaps Hall-of-Famer to be) won his WBO Title in spectacular fashion on June 19th, 2019, where he dismantled a talented, game Filipino fighter 🇵🇭Aston Palicte late to win the vacant WBO strap, thus adding another signature edition to his 🏆trophy case, and one more memory for his countrymen that were in attendance in Chiba City. This will be Ioka’s 18 Title appearance in a World Title match, donning a 16-2 record in those campaigns, and one with a strong argument could make the case that he never really lost in any of those 18 matches. A gaudy record to go by, he looks to continue his run going into his thirties.

Challenger Jeyvier Cintron is a decorated young 24 year old prospect, who won Silver in the Youth World Championships, as well as winning a Bronze Medal in the 2014 Central American and Caribbean games. His nickname “El Perrito” translates to “the little dog”, and it fits well as he has a lot of grit, and with him being ⚖️115 lbs come fight night. He is more the boxer type and is kind of gangly with his coordination in ways, but he is a smart southpaw, and he has worked his way up to getting his first crack at a World Title. This fight will be shown on New Years Eve of course as specified, and can be viewed on 📺FUJI TV. As a true boxing fan, this is a card you do not want to skip out on if you have time to spare in viewing it.