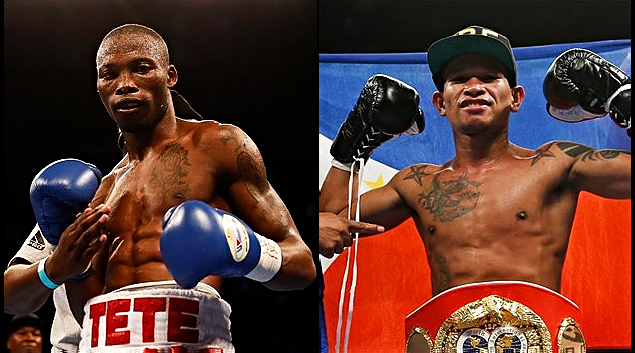 It has been a little while since WBO Bantamweight World Titlist 🇿🇦Zolani “Last Born” Tete (28-3-0, 21KO👊) of South Africa graced the ring. The last we had seen of him in the ring was in the 1st round of the World Boxing Super Series (WBSS) Tournament where he defeated decorated amateur and Olympic Bronze-Medalist 🥉🇦🇲Mikhail Aloyan by unanimous decision. He was slated to fight 🇵🇭Nonito Donaire in the semi-finals, however he had to pull out of the contest days before the fight due to suffering a shoulder injury. After nearly 14 months, Tete, who is nearly universally ranked as the #2 Bantamweight in the world, comes back to the ring to fight against the holder of the WBO interim Title 🇵🇭John Riel Casimero (28-4-0, 19KO👊) at the Birmingham Arena in England.

Tete has held his WBO Title since late 2017 after being upgraded from interim status after 🇵🇭Marlon Tapales was stripped of his Title for failing to make weight during one of his contests. For Tete’s first assignment as WBO Champion, he barely broke a sweat as he set a new boxing record by knocking out 🇿🇦Siboniso Gonya in only 8 seconds, the fastest KO of all-time. Here at this current juncture Tete is looking to get his 3rd successful Title defense so that he can move forward with lofty ambitions to target the Bantamweight Champion of the World ♛🇯🇵Naoya “The Monster” Inoue for a mega-match. Casimero is best known for splitting one a piece in two fights against former Champion 🇹🇭Amnat Ruenroeng, and winning the second contest back in 2016. After losing to fellow Filipino slugger 🇵🇭Jonas Sultan the following year, he put himself in position to ultimately get the opportunity he has this Saturday when he defeated 🇲🇽Ricardo Espinoza Franco to win the interim WBO Title. Casimero will do his best to try and upset the apple cart and derail Tete’s forward plans, while Tete looks to clear the one assignment blocking his way from getting the big fight he covets. The fight can be viewed on the BT Sport stream.