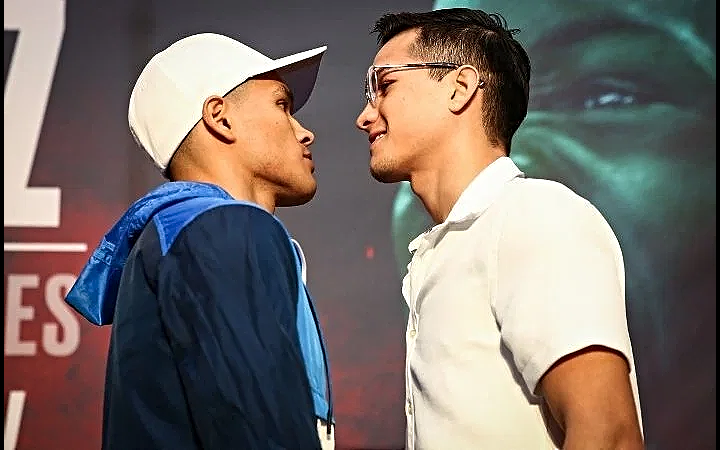 🇺🇸Brandon “Heartbreaker” Figueroa (20-0-0, 15KO👊) will make the first defense of his WBA Super-Bantamweight Title against 🇲🇽 Julio Ceja (32-4-0, 28KO👊) Saturday night at the MGM Grand in Las Vegas on the undercard to the Heavyweight title rematch between Deontay Wilder and Luis Ortiz.

For Figueroa, this will be the fourth fight of the year for the 22 year old Weslaco, Texas native, his last outing resulting in a fourth round knockout of Javier Nicolas Chacon in August. He also stopped Yonfrez Parejo in April, and wasted no time finishing off ring veteran Moises Flores in three rounds back in January. All together Figueroa has strung together seven consecutive wins by stoppage.

It was a short reign at the top for Julio Ceja, but he has won some hardware in his career. He took home the WBC World Super Bantamweight title when he stopped Hugo Ruiz in the fifth round of their fight in 2015. He would meet up with Ruiz again six months later and was victim to a freak ankle injury and knockdown resulting in a first round loss.

Unfortunately for Ceja, bad breaks have become the story when it comes to the losses on his record. When he squared off with Franklin Manzanilla in 2018, he was seemingly in control through the early rounds until he was halted by a broken nose that forced the fight to end on his stool before the start of the fifth round. Earlier this year he found himself in a title eliminator against Guillermo Rigondeaux and appeared to be ahead through seven rounds before being put down and out by the Cuban in round eight.

This is a good test for Figueroa in his climb up the ladder. Ceja has been in tough and proven to be more than game anytime he enters the ring. Figueroa will have a big advantage in height and reach ( 5’9″ with 72″ reach to Ceja 5’6″ with 63.5″ reach) so we will get to see how he has developed in fighting like the bigger man. He will need to keep Ceja at bay with his jab, preventing him from implementing what surely will be his gameplan of getting inside and slowing him down with body work and ripping uppercuts. Expect Figueroa to take a TKO win between round seven or eight.