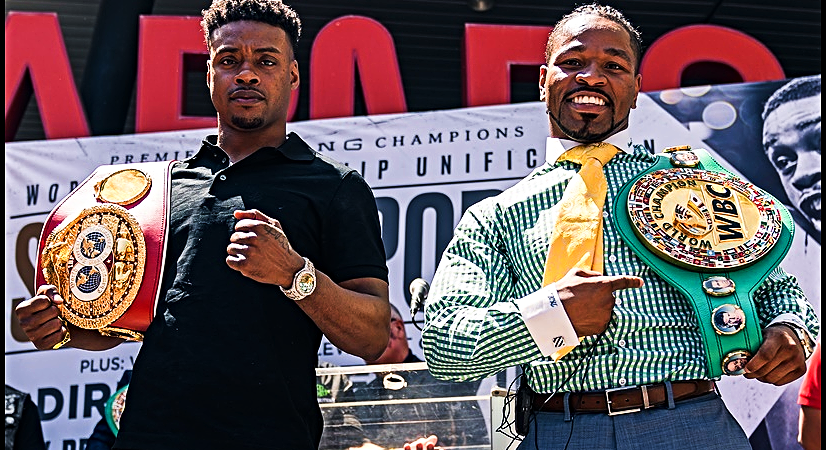 We have a good one on the way, as relentless WBC Welterweight Titlist 🇺🇸“Showtime” Shawn Porter (30-2-1, 17KO) will meet revered, undefeated P4P mega-talent, IBF Welterweight Titlist 🇺🇸Errol “The Truth” Spence Jr. (25-0-0, 21KO) Saturday, September 28th for a World Title Unification bout to further sort out the hierarchy of the Welterweight division on their side of the table. This bout will take place at the famed Staples Center in Los Angeles, California, USA, and will be shown on FOX-PBC, to be purchased on PPV.

As for Errol Spence, this will be his 2nd Pay-Per-View showing as a headliner in succession, with his first being the masterclass shutout that he produced against previously unbeaten 🇺🇸Mikey Garcia back in March of 2019, where Errol made a point of emphasis to box the smaller man outside for the majority of the fight instead of outright mauling him to prove his boxing acumen to a contingent of people who were either unaware that he possessed those type of skills in his arsenal, or from the detractors who refused to acknowledge that he’s far more that just a brutal pressure fighter, and that he has much more variety to his game. Spence is on a steady track towards being one of boxing’s biggest attractions, aided by PPV showings, big fights and excellent performances, and is looking to do so while he attempts to separate himself in the division, and for a potential move up on P4P lists if he were to product a strong performance here.

Shawn Porter has a perfect nickname of “Showtime”, as he always brings the effort towards his fights, and always delivers his “A” game, whether it comes in a win, or a loss. Nothing about what Porter does is pretty, or catches the eye however, but he has a solid foundation of skills, determination and heart that he brings to the table that can always make for physically challenging fights with the rest of his constituents in the Welterweight division. Porter is one fight removed from a controversial bout with Cuban boxer 🇨🇺Yordenis Ugas, where some many people felt that the fight could have been rendered a draw, and many feeling that Ugas edged out Porter and should have eeked out a decision. As for Errol, this will without a doubt be the toughest opponent of Porters career, but he will be ready to roll the dice and put his best foot forward in trying to make a grueling fight of it, and Spence will look to do the same.