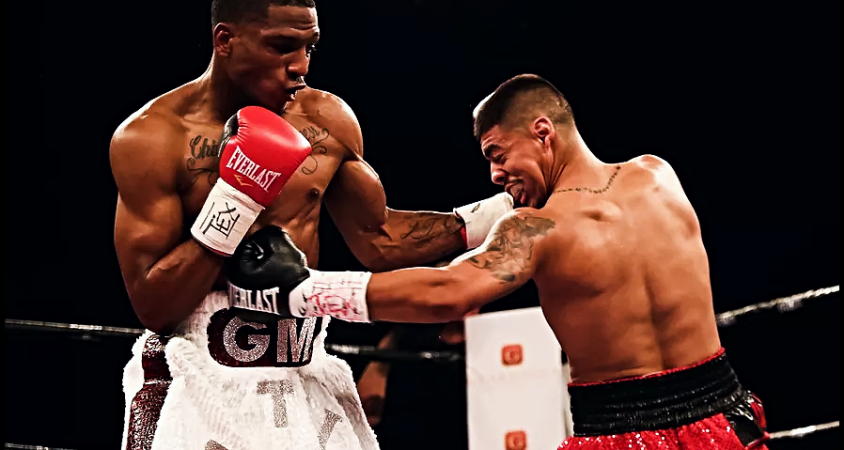 Friday night in Midland, Texas, previously undefeated Lightweight prospect 🇺🇸Michael Dutchover (13-1-0, 10KO) had his homecoming spoiled by Cleveland, Ohio’s 🇺🇸Thomas Mattice (15-1-1, 11KO). A punch from Mattice caused a cut over Dutchover’s left eye in the eighth round, leading referee Robert Velez to stop the fight at the 1:33 mark of round eight of ten.

At the time of the stoppage, one judge had the fight scored 67-66 for Mattice, while the other two judges had scores of 68-65 and 69-64 for Dutchover.

“I got cut with a big punch and it opened up and the ref said I couldn’t continue.”

“I wanted to continue but they didn’t let me. It was a great fight for the fans. The fight unfortunately got stopped in the eighth round. I was up on the scorecards and I was going to finish the fight but it was out of my control, the referee stopped it and there’s nothing that I could do about it and that’s that.”
-Michael Dutchover