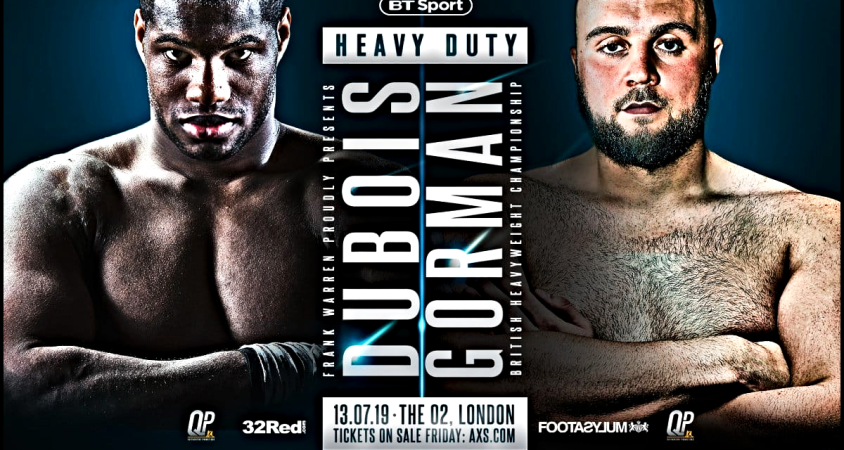 It’s almost unheard of in the current boxing landscape to get this type of matchup that pits two rising stars in a division against each other and with Dubois, 21, and Gorman, 23, we get a built in rivalry on top of it.

In his last fight in April, Dubois found himself in a shootout against Ghana’s Richard Lartey. There was a flurry of hook shots coming from everywhere until Dubois stopped Lartey in the fourth round giving him his 10th knockout in 11 fights.

Gorman last fought in March when he outpointed heavyweight vet Kevin Johnson over 10 rounds (a common opponent with Dubois who won by the same result in 2018). He steps into this one knowing many predict him to be Dubois 11th knockout victim but his confidence hasn’t wavered. He has experience with Dubois power from sparring sessions going back a few years but says nothing he brings troubles him.

Gorman believes Dubois has been written in as the next great British heavyweight primarily because of his bodybuilding physique, but believes he is the one that will show the superior toughness and move on to next level title shots.

“Listen, he is big, he’s got a nice big six-pack. I haven’t, so he looks good in photos. When I knock him off the perch I will take it from there and I will be No.1, I will be the golden goose.

If it was a bodybuilding competition he would win Mr Olympia, but it is isn’t. It is fighting and one thing I can do is fight.”