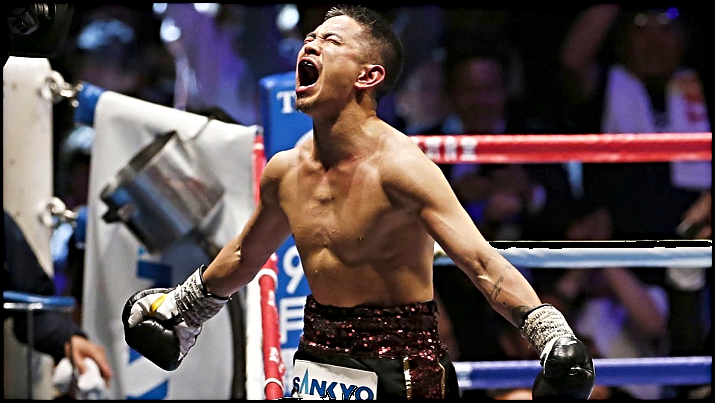 Concluding just minutes ago, 🇯🇵Kazuto Ioka (24-2-0, 14KO) is your new WBO Super-Flyweight Champion after he pressed the action late to pummel 🇵🇭Aston Palicte (25-3-1, 21KO) in the 10th round, with a barrage of power shots, following the initial right hand that had him staggered earlier in the round to put himself into the record books, not just by becoming Japan’s only 4-division Champion, but by tying 🇺🇸Oscar De La Hoya in achieving this fight in the fewest amount of wins (24)…

The first few rounds was very give and take, with Palicte’s height giving Ioka a few problems in finding the range he wanted to work in, but Ioka would figure out what he wanted to do as he got a feel for what Palicte’s game plan was. 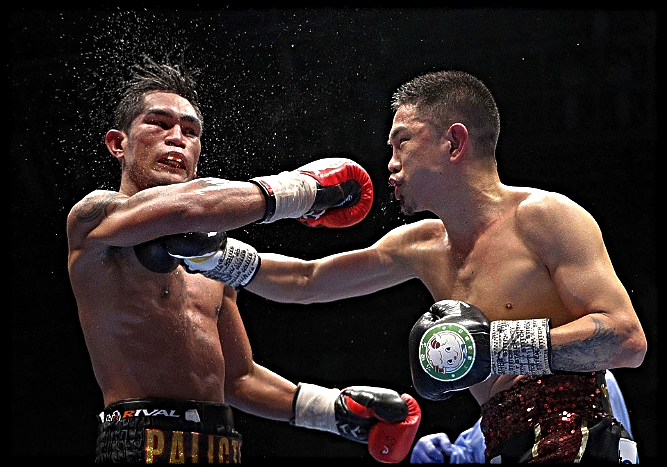 Aston was game in this contest and had a couple of big moments in the middle rounds, and went for it all in the 7th round, seemingly throwing over 100 punches, trying to bomb the Japanese pugilistic master out of there, but Ioka showcased some great defense and a good set of whiskers, only allowing a few shots to penetrate his defense. It felt like a last hurrah for the Filipino fighter understanding that something had to be done at that moment, or the fight was going to be lost, and it carried out that way, as he started to slow down in rounds 8, 9 and 10, while Ioka raised his game up a level, showcasing masterclass boxing skills and picking his man apart en route to achieving history as the 1st and only Japanese fighter to become a 4-Division World Champion, and doing so in style, achieving the main goal that was instrumental in him returning to the ring a couple years ago after a 17 month hiatus.

Palicte showed once again to be a quality B+ level fighter who if he were in a weaker division, he would be claimant as a World Champion already, but this Super-Flyweight division is the deepest it has ever been at the top level, and happens to be the best division in all of boxing. It feels like Palicte at this point is capable of beating anyone out of the top-5 of the weight class, which is filled with 5 of boxing’s great fighters going today, but one thing’s for sure, Palicte will continue to knock on the door to a Championship, hoping that someone will answer it.