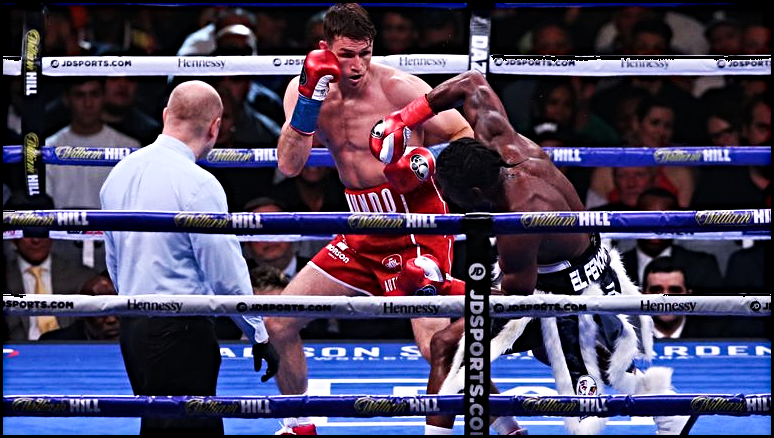 It was apparent that the former Middleweight Champion N’Dam’s strategy was to circle, get in, stick and move to try to keep the Champions feet re-setting, but after a couple minutes, you could see that he was overmatched, with Callum timing N’Dam with an excellent check-left hook to the head that sent N’Dam spiraling down to the canvas. N’Dam on this night once again proved to be tough, but he kept getting belted with left hooks, with him getting floored once again from one that landed upstairs in the second round. N’Dam was having a much better 3rd round, seemingly finding his groove, when all of a suddden, bam!, Callum catches him with a serious right hand to put N’Dam down with devastating recoil. N’Dam beat the count, but he was in no condition to continue, so Referee Charlie Fitch stopped the fight, giving Smith the 27th win of his career. Smith seems to be very open towards some big time matches with fighters such as ♛🇲🇽Canelo Alvarez and 🥈🇰🇿Gennadiy Golovkin, as well as some other Titleholders in the Super-Middleweight division, so we will see what steps he will decide to take next.