The last of the WBSS Semi-Finals matchups has just concluded in the Bantamweight division, and here you have your new RING-MAGAZINE/IBF Bantamweight Champion of the World ♛🇯🇵Naoya ‘The Monster’ Inoue (18-0-0, 16KO), as Inoue succeeded in dominating & knocking out then-IBF Champion 🇵🇷Manny Rodriguez (19-1-0, 12KO) in only the 2nd round of this contest, putting Rodriguez down 3 times in the second round…

the first with a destructive left hook to the head, and the final 2 knockdowns with murderous digging body shots that Rodriguez couldn’t handle. While Rodriguez got up all 3 times, the Referee didn’t like the look in the eyes of Manny, and decided to stop the fight.

Inoue’s accuracy is unbelievable, and was showcased tonight in the 2 rounds by him continuously finding cracks through Rodriguez well placed defense. Manny early on was landing the left right hand pretty well over Inoue’s jab, perhaps the focal point of his training camp for this one. The first round was give or take, though Inoue started ripping combinations upstairs. The speed differential was evident, and it posed a problem for Manny as he constantly got beat to the punch, en route to the eventual knockout victory. At this point in time, Inoue has to be considered at the very least one of the 4 best P4P fighters in the world WITHOUT question. Inoue advances to the World Boxing Super Series (WBSS) to fight his idol & friend, WBA Bantamweight Champion 🇵🇭Nonito Donaire (40-5-0, 25KO) for the 🏆Tournament Finale. 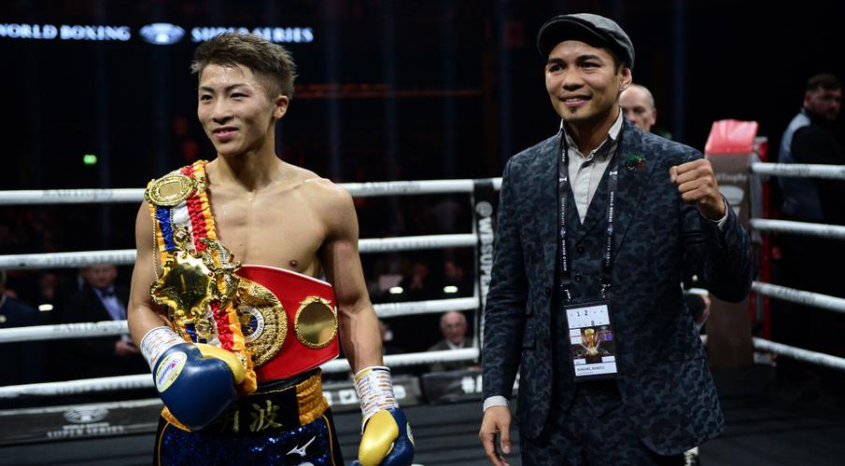 Side note, it is great to see these international fights televised and seeing their talent garnering the publicity that they deserve, and in return, we’re getting some of the best action fights and elite fighters on showcase, particularly in these lower weight divisions.